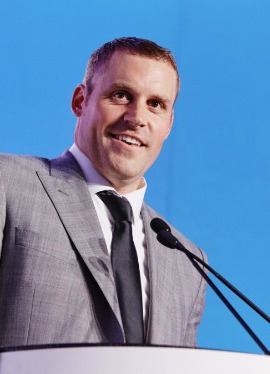 Raised in a northern Michigan town of McBain, where he was very active in sports. He continued his education and love for sports at Central Michigan University as a member of the football team. Dan was named team captain in 2005 and 2006 and graduated December 2006 with his B.S.B.A. in marketing and logistics management. He went on to play professional football for two seasons with the Chicago Bears and Houston Texans before his career was ended due to injuries.

After working briefly in sales and marketing, Dan was offered an opportunity to start entry-level with a new retail client in October 2011 in a management development program located in Charlotte, NC. Dan commented, “Most people would say it was a step back to start entry-level, but I felt it was the best opportunity to move forward with my career.” He was promoted to a managing partner role in March 2012 and opened Blue Chip Endeavors in June 2012.

Today, Dan enjoys providing management opportunities to others and also providing the client with their longest lasting and most profitable customers. His goals for Blue Chip Endeavors are to expand to two new markets within the next nine months and five total markets in 18 months. 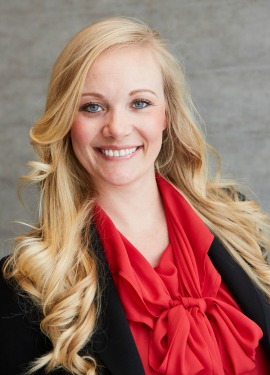 Candice grew up in the small mid-Michigan town of Morrice. She graduated from Central Michigan University with her Bachelors of Science in Elementary Education. She taught preschool and second grade in Illinois and South Carolina before switching careers into Human Resources.  Candice started in 2011 as an entry-level recruiting administrator in the Greenville, SC office. The opportunity arose for her to switch to a brand new retail campaign and move to Charlotte, NC and open up a new office. As the office grew she was promoted to Human Resource Manager early 2012. Another opportunity came available for Candice to move back to Michigan to open up Blue Chip Endeavors she jumped at the chance to grow another office and to get back to her home roots in Michigan.

We asked Candice what made her switch from teaching to HR “I saw a company that was providing an opportunity for their employees to grow professionally and personally with success and I wanted to be a part of that”.  Candice’s goals entail being a corporate trainer for all HR staff as Blue Chip Endeavors expands into new locations. Her responsibilities include handling the day to day office responsibilities at the Bingham Farms headquarters, recruiting and managing personnel and also developing new staff that is hired.